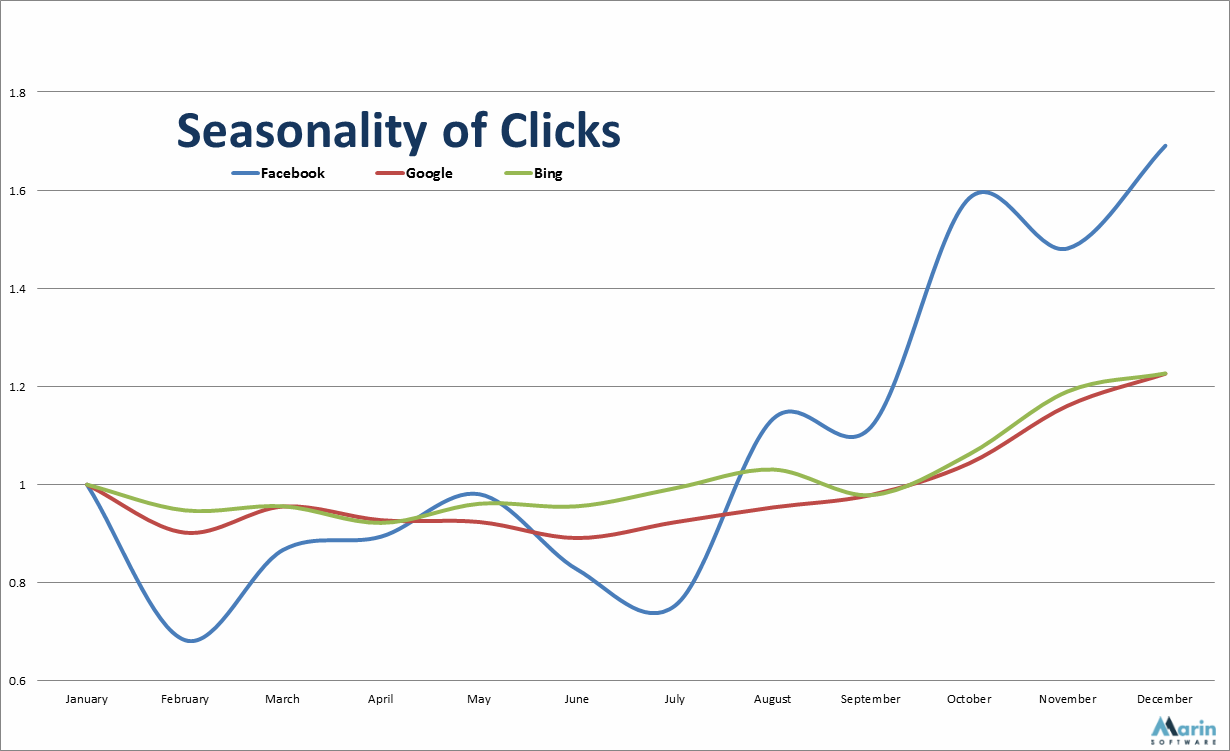 As summer winds down and the upcoming school year looms, it looks like parents get back to Facebooking. Looking at the seasonality of clicks across Facebook, Google, and Bing it appears Facebook experiences a huge surge in clicks as summer comes to a close, more than likely brought on by back-to-school-itis.

In July, as we become fixated with fun in the sun, Facebook experiences its second lowest volume of ad clicks at a level 25% below the baseline (January). Makes sense. There are road trips and barbecues to get to. But as summer starts to give into fall and we begin to accept the onslaught of responsibilities that come with the change in season, ad clicks on Facebook climb. In fact it’s a 38 point swing from July to August. From there on out it is pretty much up and to the right for Facebook the remainder of the year as back-to-school gives way to the holiday season.

On the other hand, Search (Google and Bing) remain fairly consistent throughout the year with the typical rise in the fourth quarter due to the holiday frenzy. It appears Facebook is influenced much more by seasonality throughout the year. I suspect it has to do with the social nature of the site. Search benefits from being a more utilitarian medium that become an integral part of our lives even when on vacation. Also, Google and Bing have been at the game a little longer while Facebook is still figuring out how best to monetize its user base. Likewise, advertisers have a solid decade and a half of experience with search under their belts; tweaking campaigns to fit the seasons is a known exercise.

Will be interesting to see how soon the seasonality of Facebook clicks start to mirror search.

Have some thoughts you'd like to ad? Be sure to post them in the comments section below!