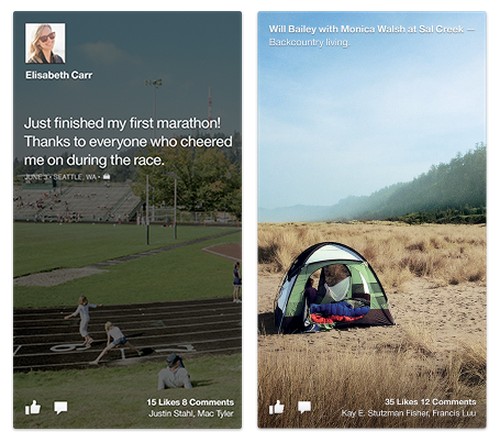 Earlier this month, Facebook announced a new social-based home screen experience for Android devices called Home. Though Facebook has insisted that they aren't developing a new phone or operating system, Home certainly comes close and stands to change the way consumers and advertisers engage across Android phones and tablets. Let’s take a look at how Home’s immersive experience will impact the way advertisers engage on-the-go, social consumers and what risks stand in its path to success.

What Does Home Do For The Consumer Experience?

According to Mark Zuckerberg, the goal of Facebook Home is to “transform your Android phone into a great social device.” To do this, Home unifies the user’s News Feed, messages, and notifications on the home screen of any Android device. This friends-first experience makes Facebook messaging the centerpiece of communication, reducing the need to use voice or texts to engage with your social circle. Because of this intimate and socially-immersive environment, Home differentiates itself from any other smartphone experience in the market. As a result, it’s caught the attention of social advertisers as a new and highly relevant way of engaging their customers.

How Does Home Impact Advertisers?

With users spending more time on their mobile devices, and with more competition from other forms of entertainment and communication like music, gaming, video, and texting, Facebook has felt the impact of an industry shifting to mobile consumption. However, even with consumers’ fragmented attention, the average Facebook mobile user in the US still spends an average of 30 minutes per day on the Facebook app. Home is primed to dramatically increase this level of daily Facebook engagement, and this is great news for advertisers. Marin believes that Home will:

What Risks Does Home Face?

Home will be an uphill battle for Facebook with multiple risks involved. With development resources committed to monthly updates and a tablet version still in the works, Home could limit Facebook’s focus on their mobile app, impacting the user experience for the vast majority of Facebook’s users and slowing down innovation within the app. Additionally, Home might not scale. Competing with Apple and Samsung won’t be easy, since these companies have figured out their distribution models and have developed a loyal following. Finally, Google could change their licensing agreement for Android, making it difficult for Facebook to continue innovating on Home. Though it remains unclear if these risks will become a factor, for now, Home remains an intriguing piece of mobile technology that will undoubtedly have the attention of advertisers throughout 2013, and possibly longer.

Facebook
Agencies
B2B
Education
Finance
Retail
Travel
Mobile
Subscribe
Sign Up and Get Updates by Email
Thank you! Your submission has been received!
Oops! Something went wrong while submitting the form.