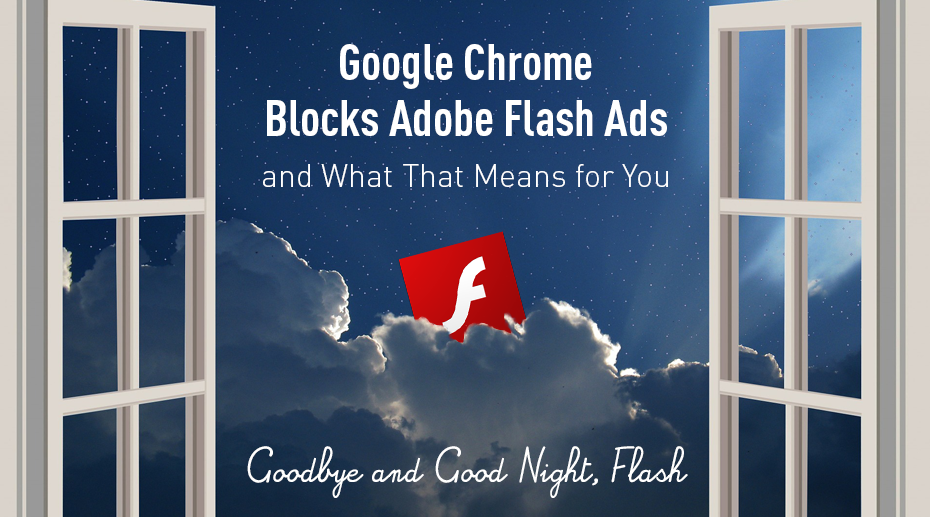 In the obituary for Adobe Flash, September 1, 2015 will stand out as the day Google felled Adobe Flash with a mortal wound. As was originally reported in the Wall Street Journal, Google announced that its Chrome browser will block Internet ads that use Adobe Flash technology. With Chrome holding 60%+ market share, this essentially means Flash has become exceedingly irrelevant for advertisers.

A Lot of Us Saw This Coming

The move to a Flashless future shouldn’t come as a surprise to advertisers. The increasing focus on mobile – and Flash’s non-existence on that platform – means that many advertisers are already migrating their rich media creative to be built using HTML5, in order to maximize efficiency and reuse creative assets across their desktop and mobile ad campaigns. Other trends like YouTube ditching Flash for an HTML5 player also helped marshal that change along for desktop rich media advertisers.

What If Your Media’s Still Flash-Based?

However, not everyone’s updated all their creative assets, so this switch will have an impact for some advertisers, at least in the short-term. Here are a few immediate recommendations for how to reduce the short-term impact while you rebuild new HTML5 rich media creative:

Odds are the demise of Flash hasn’t impacted you as much as you’d expect, with all the headlines raised in the past couple days (incrementally so if you’re a Marin Display or Perfect Audience customer, as we’ve never been Flash ad proponents). But, hopefully these recommendations will help you minimize the repercussions while you update your ads.

Campaign Management
Display
Perfect Audience
Trends
Subscribe
Sign Up and Get Updates by Email
Thank you! Your submission has been received!
Oops! Something went wrong while submitting the form.