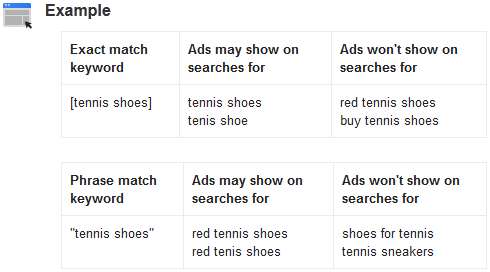 
This level of matching is already baked into Google’s organic algorithm, but the impact it will have on search advertisers has yet to be seen. Initial Google testing yielded a 3% increase in clicks, with comparable CPCs, however those who don’t want the potential for more clicks have the option to opt out.

Publishers
Subscribe
Sign Up and Get Updates by Email
Thank you! Your submission has been received!
Oops! Something went wrong while submitting the form.
Featured Posts