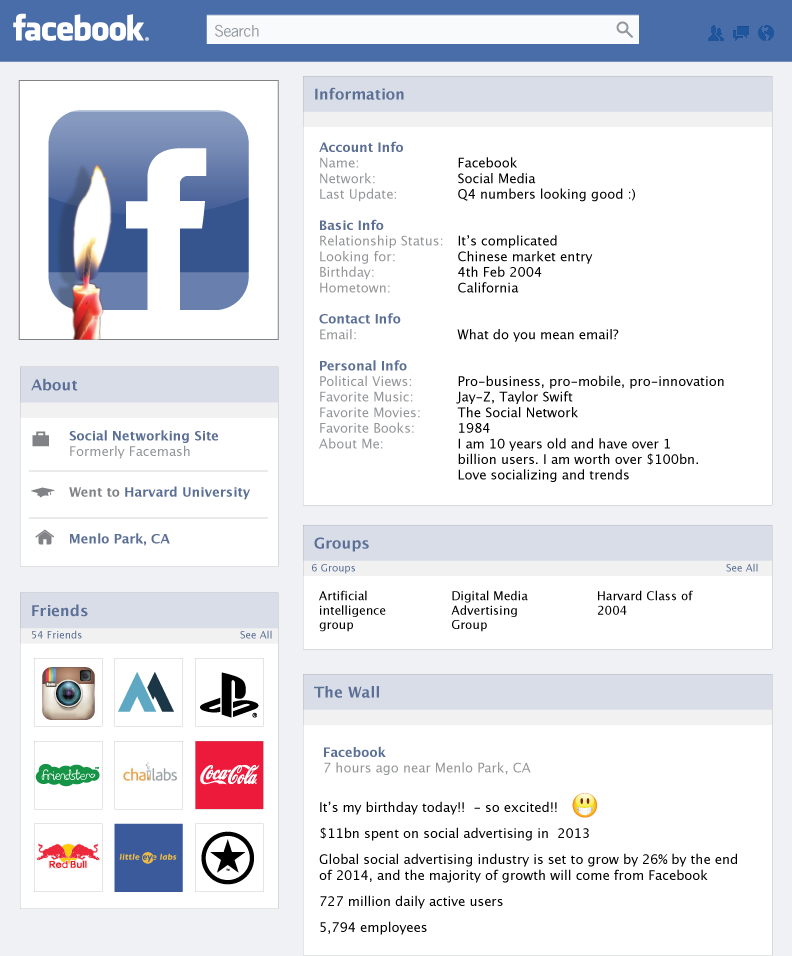 In the last 10 years the social site has gone from an obscure directory of sorts for Harvard students – originally called Facemash – to a social network juggernaut with over 1.2 billion users. That’s a lot of people. Throw in the fact people spend more time on Facebook than any other site and one could argue Facebook has become the destination online. By the way, if you’re curious how much time you personally have spent on Facebook, Time put together this depressing fun app.

From an advertising perspective, Facebook has certainly also come a long way, particularly in the last couple of years. Advertising on the social network has evolved from standard display ads off to the right – which hardly anyone clicked on – to native advertising, FBX and just released Customer Audiences, which get a lot of clicks. The social site has even tweaked its algorithm so corporate Page posts don’t show up as much in the News Feed (wanna play, gotta pay).

As much as users may be “annoyed” by ads, the ad dollars are key. They not only keep Facebook running, but keep the site competitive. In a world filled with social sites and apps – Twitter, Pinterest, LinkedIn, Tumblr, Snapchat, Kik, etc. – attracting ad dollars becomes as critical as cultivating a user group. The Facebook user experience is fairly solidified, so I suspect as we enter the next decade of Facebook the biggest advancements will come on the advertising side.