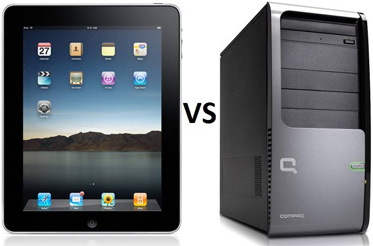 Marin in the News: Tablets > Desktops…Almost

Last week, our mobile report caught the eyes of many journalists, including the Wall Street Journal. However, Wired’s interpretation of the data gave me pause to think further on the trend of consumers ditching their desktops and laptops in favor of tablets. As Michael Copeland points out, tablets are no longer just for watching movies while on the train home, checking emails, or passing the time with Angry Birds. As the power and performance of tablets increases and bandwidth becomes more available, firing up the ‘ol tower computer is becoming a thing of the past. Our data certainly supports the notion.

Tablets are the future that much seems certain, but in a post Google enhanced campaigns world where tablets and desktops are “equal”, which one drives the innovation? Prior to enhanced campaigns, the two devices were treated as separate. Ad innovation for desktops progressed along its own path while tablets were busy carving out one of their own. Now that both are AdWords roomies, will future ad innovation be of a desktop lineage or part of the tablet revolution? The two devices and their user experiences certainly aren’t the same; computers with their large screens, mouses, and primarily fixed locations versus tablets and their touch screens, smaller search real-estate, and portability. Does Google continue to favor market share? If so, for how long? Or, do Google and tablets become BFFs?

Only time will tell.

Marin Software
Mobile
Subscribe
Sign Up and Get Updates by Email
Thank you! Your submission has been received!
Oops! Something went wrong while submitting the form.
Featured Posts