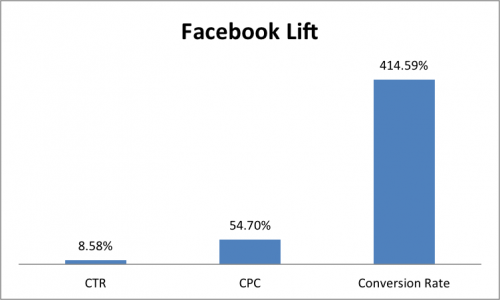 The Super Bowl is one of the biggest sporting events of the year. It’s not just a football game, but also a social event, with people getting together for a Sunday full of eating, chatting and sharing on top of watching the game. With that in mind, it makes sense that Facebook sees a lot of activity during the game, especially on mobile devices as people watch live. So what did this activity look like for Super Bowl XLIX? We took a look at our Marin Global Online Advertising Index to understand how consumers behaved this past Sunday.

What this means for advertisers is that the Super Bowl is not just a social event offline, but online as well. People sharing and commenting on social media during the event translated into real sales and conversions. Successful marketers managed to leverage this in combination with the second-screen effect to increase brand interest, click-through and ultimately, conversions.