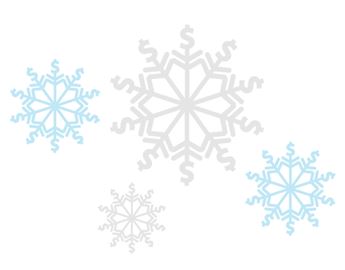 Based on our analysis of retailers’ search ad performance on Thanksgiving, Black Friday and Cyber Monday, ad spend, impressions and clicks reached all-time highs, signaling consumers were quite active this last week hunting for the perfect gift at the perfect price

While desktops still captured the lion’s share of impressions, smartphone impressions increased 140% and tablet impressions rose 84%. Smartphones grabbed their highest share of impressions on Thanksgiving Day, hinting that indeed consumers were likely sneaking a peak at their phones while waiting for pumpkin pie or waiting in line for early deals.

Impressions on desktops hit a high on Cyber Monday, probably as consumers returned to work and “multi-tasked.”

Click share across devices tell a similar story. Clicks on smartphones increased 68% and tablets 42%, with smartphones capturing 10% more clicks than their tablet counterparts. On Thanksgiving Day, smartphones grabbed 20% of clicks, tablets 17% and desktops 63%. When consumers returned to work on Cyber Monday, the share of clicks on desktops increased, capturing 74% of total clicks. Tablets and smartphones were split at 13% apiece on Cyber Monday.

Spend overall was up 27%, but with mobile usage on the rise, especially when shopping in-store and on-the-go, retailers increased their investment in mobile-based ads compared to last year. For the three shopping days, spend on smartphones was up 93% and on tablets 64%. Cyber Monday saw the biggest bump in spend across devices, with retailers increasing spend on smartphones 123%, tablets 77% and desktops 24% compared to Cyber Monday 2012.

The fluctuation in performance across devices and each holiday underscores the impact of a multi-device world on retail advertisers. As consumers take their shopping sessions across devices, advertiser need to ensure they have a presence on each, take into account the differences in consumer behavior on each device, and optimize their campaigns for each form factor to drive more revenue throughout the busy holiday season.

The Marin Global Online Advertising Index is comprised of data from hundreds of large-scale advertisers and agencies that collectively invest more than $5 billion in annualized spend through the Marin platform. The data analyzed by Marin for this snapshot reflects a subset of Marin's direct and agency clients managing active advertising programs for the retail vertical from 11/26/13 through 12/02/13. All data is accurate as of December 2nd, 2013, but subject to change.

Mobile
Subscribe
Sign Up and Get Updates by Email
Thank you! Your submission has been received!
Oops! Something went wrong while submitting the form.
Featured Posts