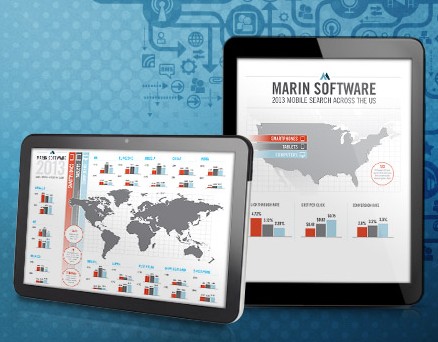 Tablet Devices and the Future of Paid Search

Over the last three years, the rapid proliferation of tablet devices has changed the way consumers and advertisers interact across the search landscape. Consumers now rely on their tablets more than ever before to gain access to local business information, product details, reviews, coupons, and competitors. And advertisers responded with relevant ads targeted towards these tablet users.

However, the way these devices are used by consumers today has resulted in a seismic shift in thinking by Google. In an effort to simplify the management of paid search campaigns across devices, location, and time of day, Google upgraded AdWords with enhanced campaigns in early February. According to Google and their data, the line between desktops and tablets is blurring, with search behavior and engagement on the two devices aligning.

A recent 2013 mobile report: The State of Mobile Search Advertising – How Smartphones and Tablets are Changing Paid Search released by Marin Software supports Google’s claim that consumer behavior on tablets and desktops share increasing similarities. However, the data also validates the perception that desktops and tablets are inherently different and perform accordingly so. Regardless, to remain successful in a multi-device world, search marketers must embrace enhanced campaigns and continue delivering a relevant and engaging ad experience.

What Does the Data Say?

Over the last two years, tablets have become a device segment that search marketers can’t ignore. In fact, the share of overall paid search clicks served by Google on tablets increased from 6% to 10.7% in 2012. Consumers are increasingly using tablet devices to research and make purchases on-the-go and, more importantly, in the comfort of their home where desktop devices have traditionally reigned. Marin projects that by the end of 2013, the share of tablet clicks will double in the US, accounting for 20% of Google’s paid search clicks.

In 2012, paid search conversion rates for tablet devices increased by 31%, while smartphone and desktop conversion rates increased by 9% and 7%, respectively. By December 2013, Marin estimates that tablet conversion rates will surpass those of desktops. In addition to this rapid rise in conversion rate, Marin also found that tablet ads are continuing to outperform desktop ads. Click-through rates (CTR) for search ads on tablets were 37% higher than ads delivered on desktops, with the average cost-per-click (CPC) on tablets 17% lower than on desktops. As a result, advertisers increased paid search spend on tablets to capitalize on this opportunity; and by the end of 2012, the share of spend on these devices had increased to 10%, eclipsing the share of spend on smartphones for the first time in history.

Tablets will certainly play a crucial role in the future of paid search, but whether the line between desktops and tablets will continue to converge and blur, or diverge and remain distinct, has yet to be seen. Even though these two devices share similarities in search behavior, they continue to perform differently. Perhaps this is a result of their unique user experiences—desktops with their large screens, mouses, and primarily fixed locations; versus tablets and their touchscreens, smaller search real-estate, and portability. Marin’s mobile report appears to support the notion that different user experiences result in varying ad performance. As a result, we expect Google’s enhanced campaigns to evolve as the market demand for additional functionality becomes evident.

With the migration to enhanced campaigns underway, search marketers must now prepare for a desktop-and-tablet-combined world. Gone are the days of separating campaigns to target these devices individually. Campaigns and landing pages must now be optimized with both the desktop and tablet user in mind. Two strategies that marketers are implementing today include: limiting the amount of Flash-based content on websites, as iPads don’t support Adobe Flash, and using finger-friendly buttons and links.

In an already highly competitive search landscape, enhanced campaigns will change the way advertisers engage with consumers. Sophisticated search marketers will need to continue investing in technology and reestablish best practices in order to successfully drive media and acquire revenue in the new multi-device world.


Marin Software
Mobile
Trends
Subscribe
Sign Up and Get Updates by Email
Thank you! Your submission has been received!
Oops! Something went wrong while submitting the form.