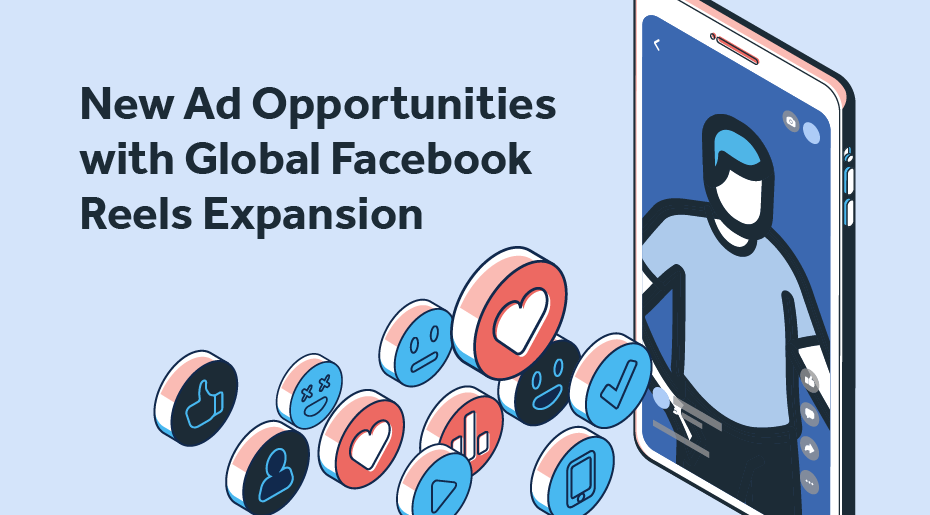 It seems that the Facebook Reels revolution is here to stay as Meta recently announced the expansion of Reels on Facebook globally. This announcement introduced new opportunities for creators to make money with their Reels and with that (of course) new ad placements for brands to leverage.

Instagram Reels ad placements have been around since Q2 2021 as an opportunity for brands to leverage their vertically-crafted creatives to a wider audience. The expansion of Reels to Facebook indicates Meta’s continued path down the road of video-focused experiences.

This move won’t come as a surprise to advertisers. We’ve seen TikTok reach new heights in usership and revenue, YouTube has recently introduced YouTube Shorts with massive success, and both offer opportunities for creators to be compensated for their time and content. Meta is reading the room and following suit.

New product means new ad placement opportunities. In their announcement, they outline two new ad types that come with this launch: Overlay Ads and Full Screen Immersive Ads. We reached out to Facebook for more detail to share and received the following:

Examples of the new banner ads and sticker ads

If you’re using Marin Social and would like to test Reels, you can access the new Reels placements by either:

If you want to see how your Reels are performing as compared with other creative, Marin Social makes it easy with our Charts feature. Here advertisers can see their best or worst performing ads by a variety of metrics at the touch of a button. Even better, our charts can be shared externally with a simple link for easy reporting workflows.

Facebook
Social
Optimization
Subscribe
Sign Up and Get Updates by Email
Thank you! Your submission has been received!
Oops! Something went wrong while submitting the form.