Chief Executive Officer, Founder & Chairman of the Board

Chris is Marin’s founder and Chairman of the Board, and rejoined the Company as Chief Executive Officer in August 2016. From September 2015 to August 2016, Chris has served on boards of private companies as well as Marin Software. From May 2014 until September 2015, Chris served as executive chairman of Marin Software, and from the founding of the Company in 2006 to May 2014, he served as the Company’s Chief Executive Officer. Chris has been a member of the Board since 2006.

Previously, Chris served as Chief Operating Officer of Adteractive, Inc., an online performance marketing company, from 2004 to 2005. In 2001, Chris co-founded and served as Chairman and Chief Financial Officer of Sugar Media, Inc., a broadband services platform, until its acquisition in 2003 by 2Wire, Inc., a leading supplier of DSL equipment and services, which was subsequently acquired by Pace plc in 2010. Prior to that, Chris served in various capacities at BlueLight.com, LLC, Kmart Corporation’s ecommerce and Internet service provider subsidiary from 2000 to 2001, including as Chief Financial Officer and acting Chief Executive Officer. Prior to BlueLight.com, Chris spent 10 years at various investment banks, including Morgan Stanley and Evercore Partners, with his last role as Managing Director.

Chris holds a B.A. from Dartmouth College, where he was elected as a member of Phi Beta Kappa, and an M.B.A. from the Stanford Graduate School of Business. Chris' presence as a member of the Board brings his thorough knowledge of the Company into the Board’s strategic and policy-making discussions. He brings his extensive experience in finance, digital marketing and executive roles in the information technology industry into deliberations regarding the Company’s strategy and operations. 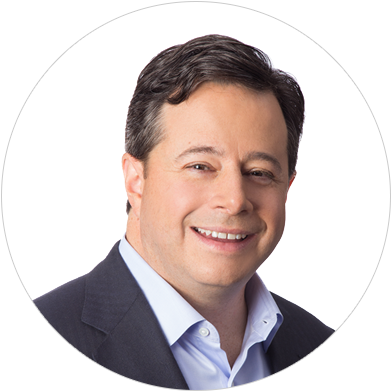 Co-founder and EVP, Product and Technology

Wister is responsible for the Marin product and development teams. The original product architect for the Marin application, he now serves to fulfill our technology vision and product execution on behalf of our customers. A noted industry speaker, Wister has deep domain expertise in digital marketing topics including Social advertising, Retargeting, SEO, SEM, revenue attribution, and optimization. From 2004 to 2005, Wister was the Vice President of Marketing at Composite Software, an enterprise data integration software provider. Prior to that, Wister served for over 10 years in various leadership and product management roles at Siebel Systems, a CRM software provider now part of Oracle, and at Oracle directly, where he focused on enterprise applications, including SaaS-based, data warehousing, and marketing automation apps. Wister holds a B.S. in Computer Science (with honors) from Harvard University and an M.B.A. from Harvard University. 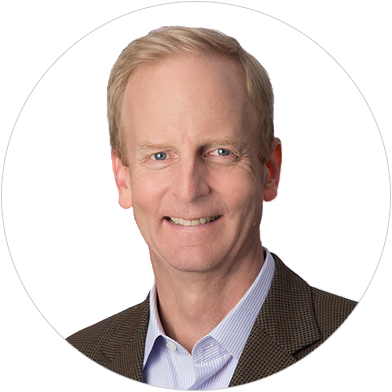 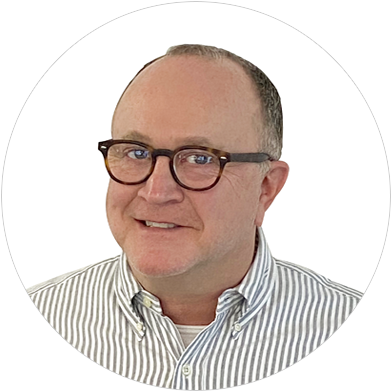 Wesley  has been working with Marin Software since 2008. He is currently CMO at Marin Software. Previously he led the Product team where he was responsible for driving Marin’s roadmap and working closely with engineering to deliver innovative advertising solutions to the market. He has over a decade’s experience developing and delivering analytical enterprise SaaS applications, including four years with Applied Predictive Technologies working on their platform to help retailers maximize the return on their promotional spending. Mr. MacLaggan began his career providing strategic guidance to companies in a range of industries with Mercer Management Consulting. He holds an Economics degree from Dartmouth College. 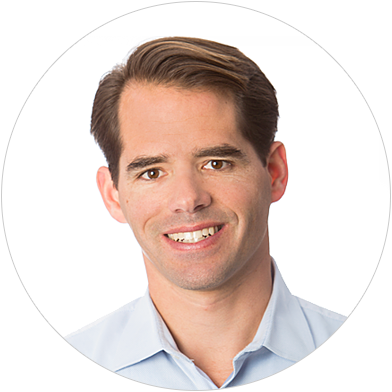 Doug has over twenty years of experience in the software industry. Prior to joining Marin, Doug was Senior Director of Engineering at TuVox, an Internet-based speech application company that was acquired by West Interactive. Before that, he was Chief Engineer at Agility Design Solutions that provided a MATLAB to C compiler to implement algorithms in hardware or software. Earlier, Doug was Co-Founder and Vice President of Engineering of Talkway, a VC-funded Internet company providing virtual communities with a targeted advertising business model and later a streaming video service with several global 500 companies as clients. He started his career as a developer on the Purify team, a C/C++ memory error detection tool that was acquired by IBM Rational Software. 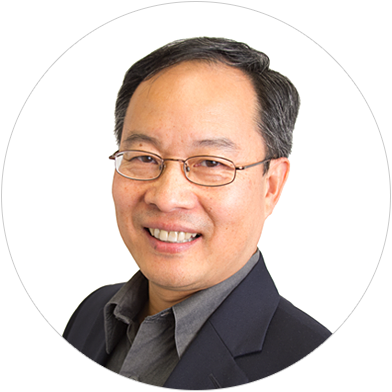 Marie Boivent has been working with Marin Software since 2010. She's held roles within client services, customer success and sales. She is currently Senior Vice President of Revenue. Prior to Marin, Marie led a team of search managers at NMPI Cape Town (formerly Clicks2Customers) and managed the growth of paid Search, Social and SEO programmes at DBD Media in London. Marie has nearly 15 years of experience in performance media, and digital marketing. She holds a degree in English and German Literature from UCO in Angers, France. 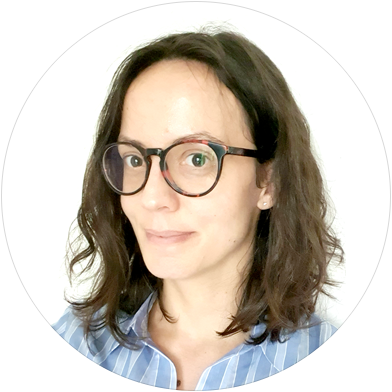 Ms. Mann is currently the Vice President of Product at SoundCommerce, a SaaS data platform company for the retail industry vertical that enables enterprise cloud data warehouses for brands. Previously, Ms. Mann was the CEO of Red Sky Blue Water (a subsidiary of iLink Digital), a marketing agency specializing in channel partner programs. Prior to that, she was the Vice President of Digital Transformation at iLink Digital, a global B2B enterprise technology consulting company. In addition, she spent time as an independent product strategy consultant for growth stage venture-backed startups. Ms. Mann started her career in technology as Co-Founder & Managing Partner of Tyemill, an ecommerce and software development services company.

Ms. Mann serves on the board of Seattle Symphony, a leading arts non-profit, where she is currently Vice Chair of the organization, Chair of the Equity (DEI) Committee, and is a member of the Finance Committee. She holds a B.S. in Statistics and M.A. in Applied Statistics from the University of Michigan. Ms. Mann brings to Marin’s Board her strategic product leadership and technical expertise of B2B analytics and automation software and solutions for retail, financial services, and marketing.

Daina Middleton has served on our board of directors since October 2014. Ms. Middleton is a board member and advisor who partners with brands seeking to ignite growth by aligning around their core belief strategy. Prior to her current role, Ms. Middleton was the CEO of Britelite Immersive, an experience management technology and services firm, recently acquired by a strategic; and Ansira, a technology and services provider who helps brands that market and sell through intermediaries. She also spent time as a leadership development coach and headed up global business marketing at Twitter. During her time as CEO of Performics, the performance marketing agency grew from being a small, U.S.-only organization to a global powerhouse with offices in 34 countries in just 4 ½ years. Prior to Performics, Ms. Middleton pioneered social media at the digital creative agency Moxie. Ms. Middleton began her marketing career at Hewlett-Packard, where she managed every marketing function during her 16-year tenure, pioneering both digital and search. Ms. Middleton received a bachelor’s degree in technical journalism from Oregon State University.

Brian is the chief financial officer at MX a leading digital transformation platform for banks, credit unions, fintechs and partners, built on the belief that transformational growth starts with making data easily accessible and actionable for financial institutions. Previously Brian was the former chief financial officer at Upwork. Brian has more than 25 years of experience in leading finance organizations in public and private companies during periods of rapid growth and cash constraints, including multiple IPO’s. Prior to joining UpWork, Brian was the chief financial officer at Marketo. Before Marketo, Brian held a variety of finance leadership roles at SuccessFactors (acquired by SAP), CoTherix, Inc. (acquired by Actelion Pharmaceuticals), ClearSwift, and DigitalThink, among others. He has established an expertise in SaaS/Cloud business modeling, reporting and planning after supporting high growth subscription businesses at both SuccessFactors (acquired by SAP in 2012) and Marketo (taken private by Vista Equity Partners in 2016). He began his career as an auditor at KPMG, earned a bachelor’s of science in accounting and an MBA (finance concentration) from St. Mary’s College of California.

Since 2002, Don’s principal employment has been as an angel investor in start-up technology companies. From June 2006 to July 2008, Don was the Co-Founder and Chairman of the Board of Directors of Recurrent Energy, a solar energy provider. Prior to that, Don served as the Chief Executive Officer and Chairman of the Board of work.com, a joint venture established by Dow Jones and Excite@Home. Don previously served in senior positions at Excite@Home and Netcom Communications. Don has previously served as a member of the board of directors of many privately-held companies, including, W&W Communications, Inc., a fabless semiconductor company, which was acquired by Cavium, Inc. Don holds a B.A. in Economics from University of California, Santa Barbara, and an M.B.A. in Finance and Organizational Development from Loyola Marymount University.

In February 2018, Gordon co-founded and serves as the co-CEO of NewsGuard Technologies, which gives consumers information about the news brands they access online. He co-founded Journalism Online, LLC, a provider of e-commerce solutions for publishers, in April 2009. From 2008 until April 2009, Gordon was an active angel investor in, and advisor to, privately held media and technology companies. Prior to that, Gordon worked at Dow Jones from 1980 until December 2007 in a variety of positions, most recently as a publisher of the Wall Street Journal and executive vice president. Gordon is a member of the boards of directors of Houghton Mifflin Harcourt, Next Digital (Hong Kong), American Association of Rhodes Scholars, Blurb, and Business Insider. Gordon holds an A.B. in Politics, Economics and Rhetoric and Law from the University of Chicago, a B.A. in Jurisprudence from the University of Oxford and a J.D. from Yale Law School.

Gordon brings to our board of directors a diversity of distinguished experiences and seasoned business acumen, particularly extensive experience in the media and publishing industries. His service on a number of company boards provides an important perspective on corporate governance matters, including best practices established at other companies.