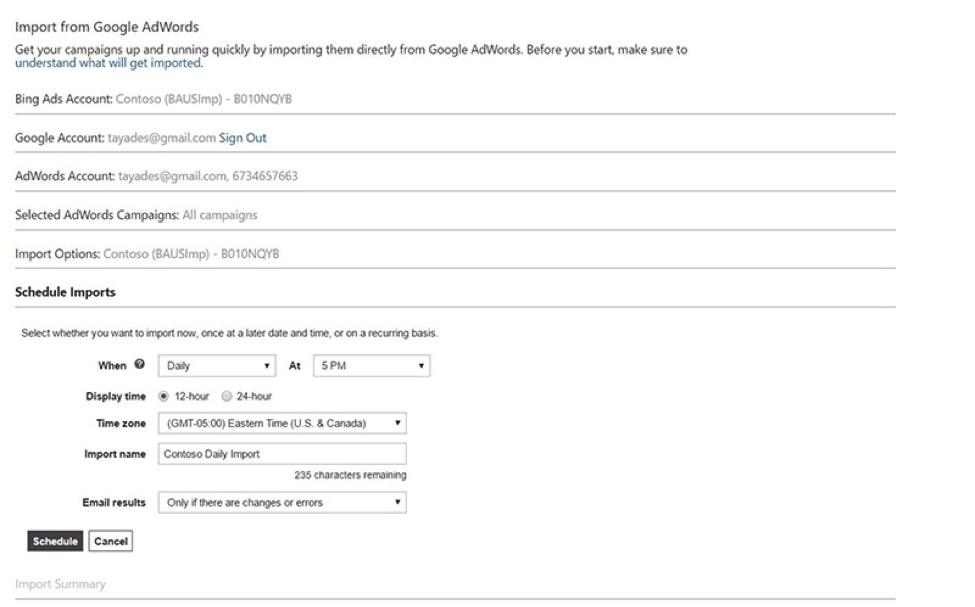 Why You Should Be Advertising on Bing

With Google’s dominance in the search marketplace firmly held since many of us can remember, it’s not surprising that PPC managers often neglect Bing from their digital advertising programs. And while Google’s influence still remains comfortably unchallenged (Google currently accounts for 81% of desktop searches and 96% of searches on mobile devices), there are compelling reasons that digital marketers should also be advertising on Bing.

One of the most important features Bing Ads has implemented in recent years is the ability to import existing campaigns directly from Google AdWords, making the platform’s adoption by new—and returning—advertisers a painless process. And to make cross-publisher management even easier, Bing Ads now offers Automated Imports to enable advertisers to synchronize their Google campaigns with their Bing counterparts on a recurring basis.

Which brings me to my next point....

2. Bing Ads has continued to improve as a platform

Search marketers who ended up moving away from Bing in the past may be pleasantly surprised to discover that the platform has aged very well in keeping up with the expectations of AdWords users. The current UI is a lot more seamless and intuitive compared to previous versions, and many important features in AdWords are also found in Bing Ads, including ad extensions and the Expanded Text Ad format. This means that most—though not all—of what you want to import from your AdWords campaigns will translate into your Bing account with little or no issue.

If you’re not already advertising on Bing, chances are your competitors aren’t either. The relatively low competition on Bing offers the opportunity for you to accrue incremental traffic with the same level of search intent as your Google campaigns at a discount.

Given the ease of adoption and campaign migration for current AdWords users and the additional audience there is to be reached, there’s no reason not to explore the opportunities Bing has to offer. It is, after all, the second-most used search engine in the market today (with recent share estimates as high as 33% in the US).

SEO
Subscribe
Sign Up and Get Updates by Email
Thank you! Your submission has been received!
Oops! Something went wrong while submitting the form.
Featured Posts