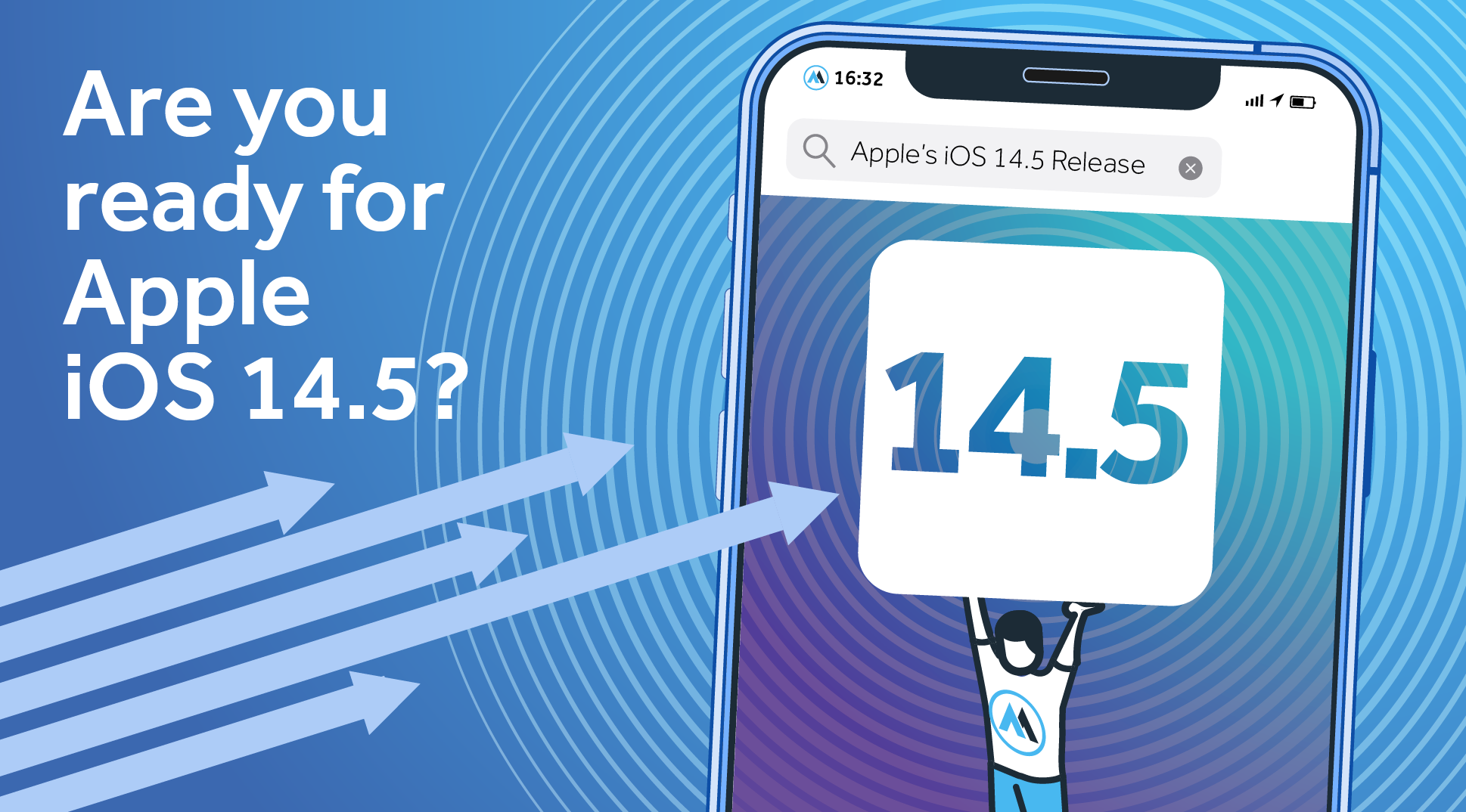 Apple’s latest iOS update has now launched and users are now updating their software to version 14.5.

Apple has also announced dates for its annual Worldwide Developers Conference (WWDC), which should include announcements for iOS 15, and will take place from June 7th through 11th.

How will this affect me?

Starting with iOS 14.5, iPadOS 14.5, and tvOS 14.5, you’ll be required to ask users for their permission to track them across apps and websites owned by other companies. Unless you receive permission from the user to enable tracking, the device’s advertising identifier value will be all zeros and you will not be able to track them.

When a user opens an app, such as Facebook, they will be asked whether they consent to having their activity tracked across apps and websites they use, which if they decline will have an impact on businesses being able to monetize through ads. Given Facebook’s heavy dependence on app advertising, this will negatively impact their Audience Network, resulting in the loss of accurately targeting and measuring campaigns and making it much harder for small businesses to reach their target audiences. According to Facebook, when testing using constrained delivery, more than a 50% drop in revenue occurred when personalization was removed from mobile app ad install campaigns.

Ultimately, despite their best efforts, Facebook and other apps have no choice in the matter but to comply with Apple’s new rules and regulations or otherwise have their apps blocked on the Apple App Store.

What’s next on Apple’s agenda?

Apple announced back in February that in early spring 2021, they would add support for Private Click Measurement (PCM) for iOS and iPadOS apps, in addition to websites. Developed by Apple’s browser engine WebKit to support measurement of online advertising, PCM will allow you to measure the effectiveness of advertisement clicks within iOS or iPadOS apps that navigate to a website. According to Apple, “This information can be used to understand which advertisements drive conversions (such as purchases or signups) — while maintaining user privacy”.

While this is a step in the right direction toward heightened privacy, we’re yet to see how this will impact customers and whether PCM is viable in the long run. PCM attribution reports will contain limited data in addition to being delayed randomly between 24- and 48-hours to disassociate events in time. This change is very interesting for Safari users, but other browsers such as Chrome, Firefox or Edge would need to implement PCM for it to become a web standard. What is promising, however, is that WebKit states “We are working with them to get there” so who knows, maybe sometime in the future PCM will become “the norm” to measure advertising.

Is there a silver lining?

Make sure that your measurement system is using a first-party approach and, if possible, combat conversion attribution restrictions further using a server-to-server approach.

As mentioned in our earlier blog post about browser cookies, for advertisers relying on third party cookies for ad targeting, you should look to diversify your ad buys to account for potential lost opportunities as these options go away.

For Marin customers, you can leverage our cross-channel conversion tracking pixel – Marin Tracker – which complies with GDPR and CCPA regulations and meets Apple iOS requirements. Our proprietary Marin Tracker dashboards include de-duplicated, click-based conversions with transaction IDs for an unlimited amount of conversion events. As advertisers prepare to sunset ad tracking via cookies, Marin is doubling down on our privacy-first ad tracking and measurement solutions.

Feel free to download our latest Marin Tracker overview, which showcases our solution to privacy-safe measurement for a post-cookie world, the challenges that marketers face, and how using Marin Tracker can combat these obstacles.

If you are a Marin Social customer and have questions about the impact of the iOS 14 updates, read our blog post on the Five Fundamental Changes After the Apple’s iOS 14 Release or, alternatively, reach out to your Marin Customer Success Manager for more information.

Mobile
What's New
Subscribe
Sign Up and Get Updates by Email
Thank you! Your submission has been received!
Oops! Something went wrong while submitting the form.