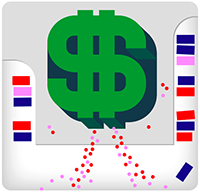 Cash, Check, or Click: The Continuing Evolution of eCommerce

As we kick off 2019, it seems like eons since the first eCommerce transaction back in 1979, when entrepreneur Michael Aldrich invented online shopping. Since then, the space has exploded—with tens of thousands of eCommerce sites in existence today. In her 2018 internet trends report, Mary Meeker estimated that eCommerce accounted for 13% of total U.S. retail sales last year.

We’re now at a point where clear leaders and laggards have emerged in the eCommerce marathon. In this article, we take a look at the state of the industry, the developing competitive landscape, and things to watch out for in 2019 and beyond.

The Ascendancy of Amazon

At the moment, when advertisers think eCommerce, they likely think, “Here comes Amazon.” As of 2018, Amazon has risen dramatically to third place in the ad industry, experiencing “faster than expected growth” and giving Google and Facebook a run for their money. In fact, according to eMarketer, Amazon is poised to keep growing at a rapid clip—with revenue on track to double this year alone, growing to $5.83 billion. Wall Street Journal expects Amazon’s ad sales to soar to $28.4 billion over the next five years.

eCommerce Is Booming in General

All in all, eCommerce is experiencing a Golden Age, as consumers flock to online deals and convenience, and retailers adopt more sophisticated digital ad offerings. As Mary Meeker reported, U.S. eCommerce sales grew 16 percent between 2017 and 2018, an even larger rate of growth than 2016’s 14 percent. This success is expected to continue indefinitely, as more companies expand into eCommerce and existing ones continually innovate to stay ahead of the competition.

For example, in 2018, Google expanded into eCommerce with Google Home Ordering. Amazon Stores offers brands a place to showcase and sell products on Amazon. Facebook Shop allows advertisers to create a product catalog on the platform to promote and sell their products there. Facebook also has plans to add a shopping function to livestreams. As Tech Times Reports,

“In this trial, the company is letting merchants demo and describe their items for viewers. Customers can then screenshot something they want to purchase and reach out to the merchant via Messenger, who can then start a payment transaction directly within the app.”

Still boasting 1.74 billion mobile active users—despite recent scandals and government run-ins—Facebook has the continued potential and incentive to further expand its offerings. Include ad formats like Facebook Stories, Instagram Stories, and WhatsApp advertising—and it appears the company opens several doors for every one blocked by another distressing news headline.

Outside of Amazon, Google, and Facebook, what other players are contributing to the eCommerce field day?

The “Little Guy” May Not Be So Little

There’s also strong competition from other players like eBay, Macy’s, and Costco. For instance, you may be surprised to hear that shoppers tend to spend more time on eBay than Amazon. eBay and Costco also have lower website bounce rates. When it comes to attracting tech-savvy shoppers, Best Buy corners the market. It remains to be seen whether Amazon will innovate to become even more competitive on these fronts or if the other players will try to beat Amazon at its own game.

Just When You Least Expect It….

In addition, some unexpected competition could bite into the major players’ piece of the eCommerce pie. With modest wage growth relative to inflation and the stock market, more lower-income and rural shoppers are converging on dollar stores.

As it stands, these communities have much less access to online shopping opportunities or a culture of technology that could compel residents to become eCommerce site visitors. Development initiatives such as Congressman Ro Khanna’s could transform these communities and open up new opportunities not only for jobs and higher wages, but also new revenue streams for retailers, both online and off.

Perhaps not as unexpectedly, mobile commerce is also having its moment, with mCommerce transactions around the world projected to surpass eCommerce this year. The future looks bright if often unpredictable.

What Could Possibly Go Wrong?

Well, many things could always go wrong. But, looking at 2019, the market could experience ongoing turbulence. Some economists even predict a recession if inflation continues to rise and inflicts serious damage on the U.S. economy.

The continued pace of wage growth (or lack thereof) could affect consumer confidence and spending, although it’s slowly improving. Throw in the unknowns of the full rollout of the new U.S. tax cut and uncertainty around tariffs, and, as the Magic 8-Ball might say, “Cannot predict now.”

One thing we can predict is that retail innovation will continue. In the arena of emerging opportunities, there’s a huge potential market for up-and-coming eCommerce innovations. One such example is voice assistants, where 70% of consumers aren’t yet using one to perform a product search. To tap into this market, technology companies, advertisers, and brands will have to strategize ways to overcome consumer apprehension and mistrust.

Although at the moment Amazon and Google are the pioneers of voice-controlled devices (with Google currently in the lead), companies like Apple, Samsung, IBM, and Microsoft are all in the mix and hoping to gain ground.

In addition, as CES often proves, the sky’s the limit when it comes to the entrepreneurial and inventive spirit. With this year’s brilliant thinkers and engineers inventing roll-up TVs, a bot that folds laundry, and connected cars (and the associated $212 billion in commuter spending), it’s anyone’s guess what toys, gadgets, and breakthroughs will come next.

On the social side, eCommerce looks very likely to play a larger role in 2019, as advertisers get their feet wet selling on social platforms. They’ll have to decide if social’s an eCommerce fit or if its big strength will be awareness for the foreseeable future.

To be sure, technological change has come come a long way since Smell-O-Vision! Although it may be challenging to keep up, the good news for retailers is that opportunities to target and woo customers will only continue to evolve.

The Upshot: eCommerce Is Here to Stay and Grow

Where do retailers go from here? Given current challenges and increased competition, eCommerce businesses must give customers what they want and beat competitors to the “experience” punch. This involves a holistic approach that delivers overall eCommerce interactions based on ease of use, convenience, personalization, and choice (not to mention easy checkout, fewer clicks, and so on).

Looking at your digital campaigns as part of a unified digital marketing strategy across search, social, and eCommerce will be a key differentiator for advertisers in 2019 and the coming years as competition grows even fiercer. The ultimate goal for advertisers is to meet shoppers where they are, regardless of which platform or device they happen to be using. Choosing the right ad tech vendor with an independent, cross-channel view of the world is the key to success.

As the retail landscape transforms and companies strive to develop a workforce equipped with skills to work in in the 21st century, eCommerce will continue to find itself leaps, bounds, and many clicks ahead of its humble 1970s beginnings.

Retail
Subscribe
Sign Up and Get Updates by Email
Thank you! Your submission has been received!
Oops! Something went wrong while submitting the form. 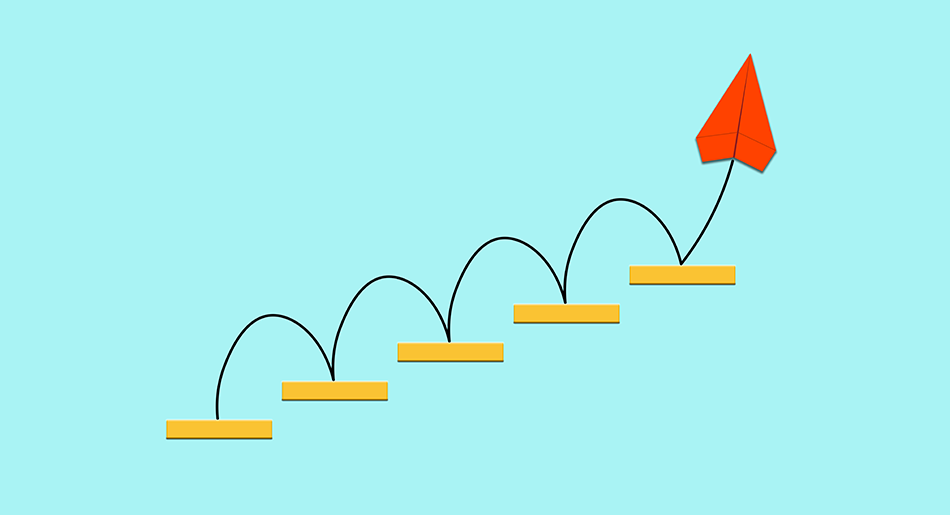