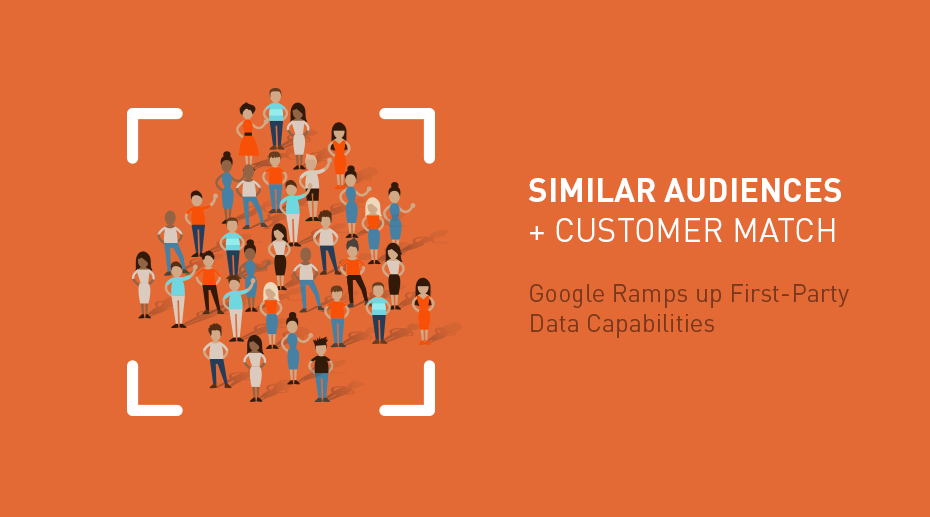 A few months ago, Google unveiled a new tool that allows advertisers to interact directly with an audience across the search, Gmail, and YouTube networks. That tool was Customer Match (See my previous post about setup tips).

With this feature, advertisers could submit a list of email addresses from past customers or email subscribers directly into the AdWords interface. Then, advertisers could target individuals who’d already expressed interest in their products, across channels, as long as they were signed in to Google.

With this update, Google strengthened the ability of advertisers to leverage 1st-party data. The move echoed Facebook’s Custom Audiences, which has been in the market for years and proven very effective. While it provides Google-focused marketers a great way to use 1st-party data, Google’s added another feature that uses that data to find and target new customers.

That tool is Similar Audiences.

Because paid ad traffic is cookied, Google tracks the browsing habits of that cookied traffic over the last 30 days and uses that to find shared interests and behaviors. For a new Similar Audience to be created, at least 500 cookies with enough similarities and characteristics must be active. In theory, a larger remarketing list should yield a better Similar Audience in terms of relevancy, because it’s pulling from a larger set of data being sent back for Google to use.

So, a Similar Audience taken from a Customer Match list should be an extremely relevant pool of new users that you can target to grow a business. However, there are some features that are disabled for a Similar to Customer Match audience that must be taken into consideration when planning new advertising strategy.

The first is that, like all Similar Audiences, you can’t target a Similar to Customer Match audience across the Search Network. Because Similar Audiences are based on the webpage browsing history of the cookied user, you’re limited to targeting on the Display Network and YouTube Network.

Speaking of the Display Network, you can only target Similar to Customer Match audiences on the Google Display Network and YouTube. This is where the use of 1st-party data is somewhat limiting in Google. Because the uploaded customer lists lack the cookies needed to track browsing behavior, Google can’t use that data to find an audience with related interests on the Display Network.

Still, you can utilize a similar audience across Gmail and YouTube ads, because these are networks entirely owned by Google where the user is signed in to the network (at least most of the time for YouTube). Because the data Google receives from these channels are different from Display Network, where 3rd-party groups simply opt in to the network, the way Google finds these users and tracks characteristics greatly varies.

Even with these limitations, I still highly recommend testing all similar audiences, but especially a similar audience built from Customer Match. It’s a great way to engage a new audience of individuals similar to that of your past customers.

Audience Data
Google
Retargeting
Trends
Subscribe
Sign Up and Get Updates by Email
Thank you! Your submission has been received!
Oops! Something went wrong while submitting the form.