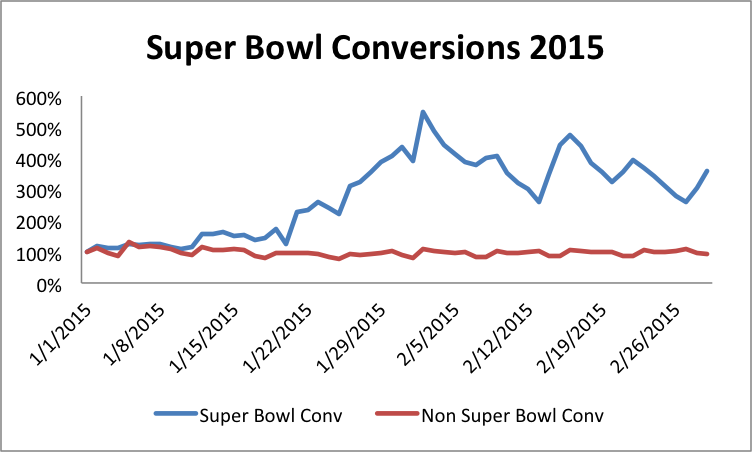 Super Bowl Ads: Are They Worth It?

When it comes to TV viewership, the Super Bowl is the most-watched sporting event in the United States. From advertising to merchandise, millions of dollars are invested each year in both the actual event and everything surrounding it.

For many Super Bowl fans, the advertising is almost as important, with 77.1% of consumers seeing the ads as a form of entertainment. A well-done Super Bowl video has a way of amassing millions of views, and brands often feel the impact for weeks or months after the end of the game.

Still, a 30-second spot costs millions of dollars. In the long run, does this really pan out for advertisers?

We compared a group of advertisers who aired an ad during the 2015 Super Bowl (Group A) against a group who did not (Group B) to see how performance fared weeks after the event.

Conversely, Group B saw impressions drop 17% on Super Bowl Sunday. For Group A, this increase in impressions led to a similar increase in clicks, which peaked at 250% during and immediately after the Super Bowl.

While advertiser impressions and clicks increased, cost-per-click didn't appreciably increase except for terms centered on the Super Bowl. Longer-term, Super Bowl advertisers got more clicks at a lower price.

Not only did Super Bowl TV ads result in more impressions and clicks — they actually increased conversions over 400% on Super Bowl Sunday when compared to Group B. This increased engagement and conversion remained consistent throughout the entire month of February in 2015, representing a long-term return on investment.

With increased conversions and relatively stable costs, cost per lead actually decreased throughout February for Super Bowl advertisers, meaning that by mid-month, it cost Group A less per conversion than Group B.

Do What Works For You

While it may be tough to determine if buying a Super Bowl TV ad is worth it, it undoubtedly has a huge impact on online advertising campaigns for any company that chooses to buy a spot. Ultimately, a TV ad during the Super Bowl translates to increased search volume, which results in increased clicks at a similar cost and increased conversions at a lower CPL.

Analytics
Trends
Sign Up and Get Updates by Email
Thank you! Your submission has been received!
Oops! Something went wrong while submitting the form.
Featured Posts 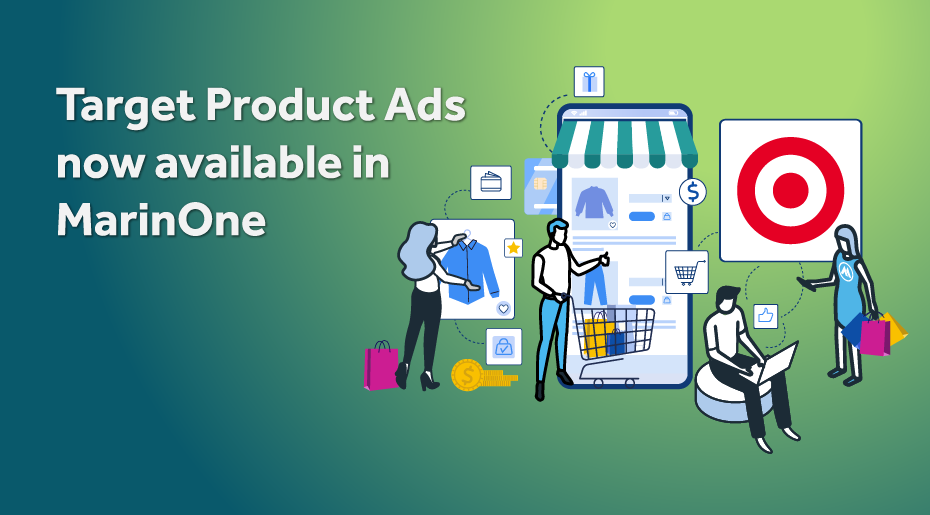 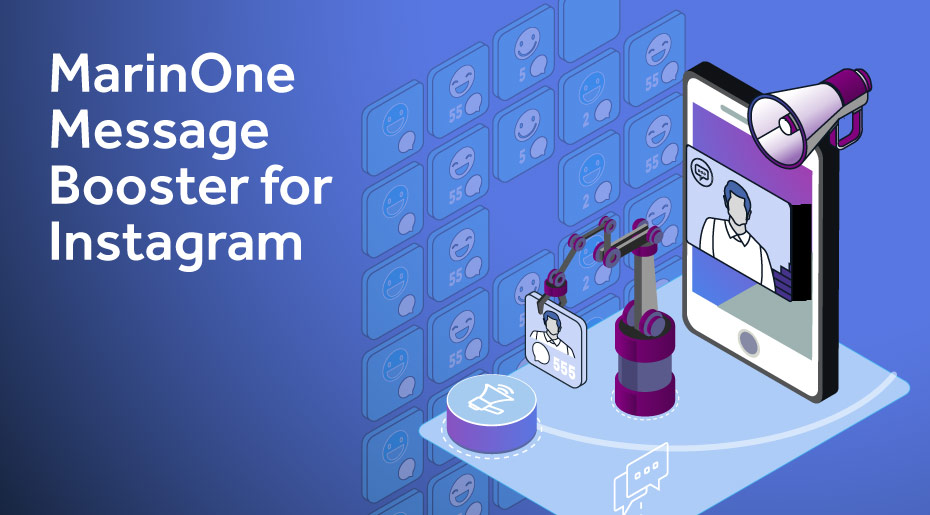 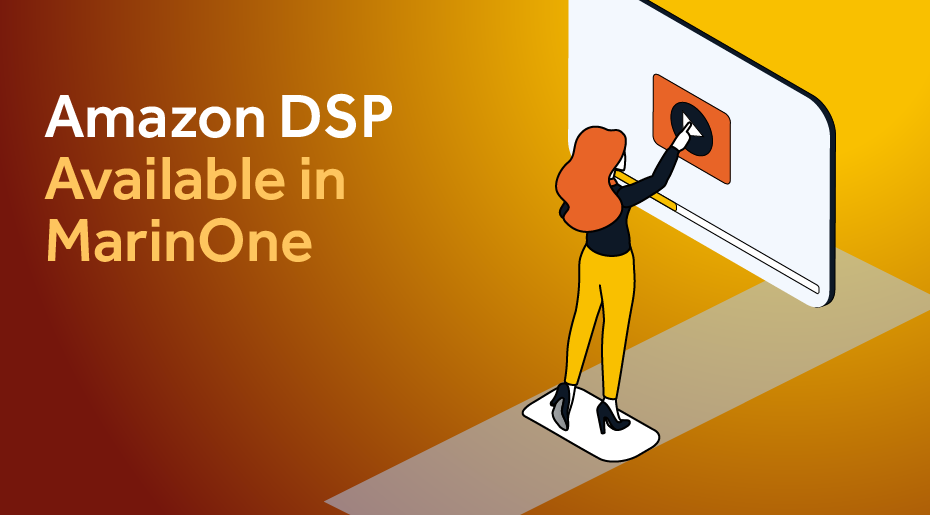 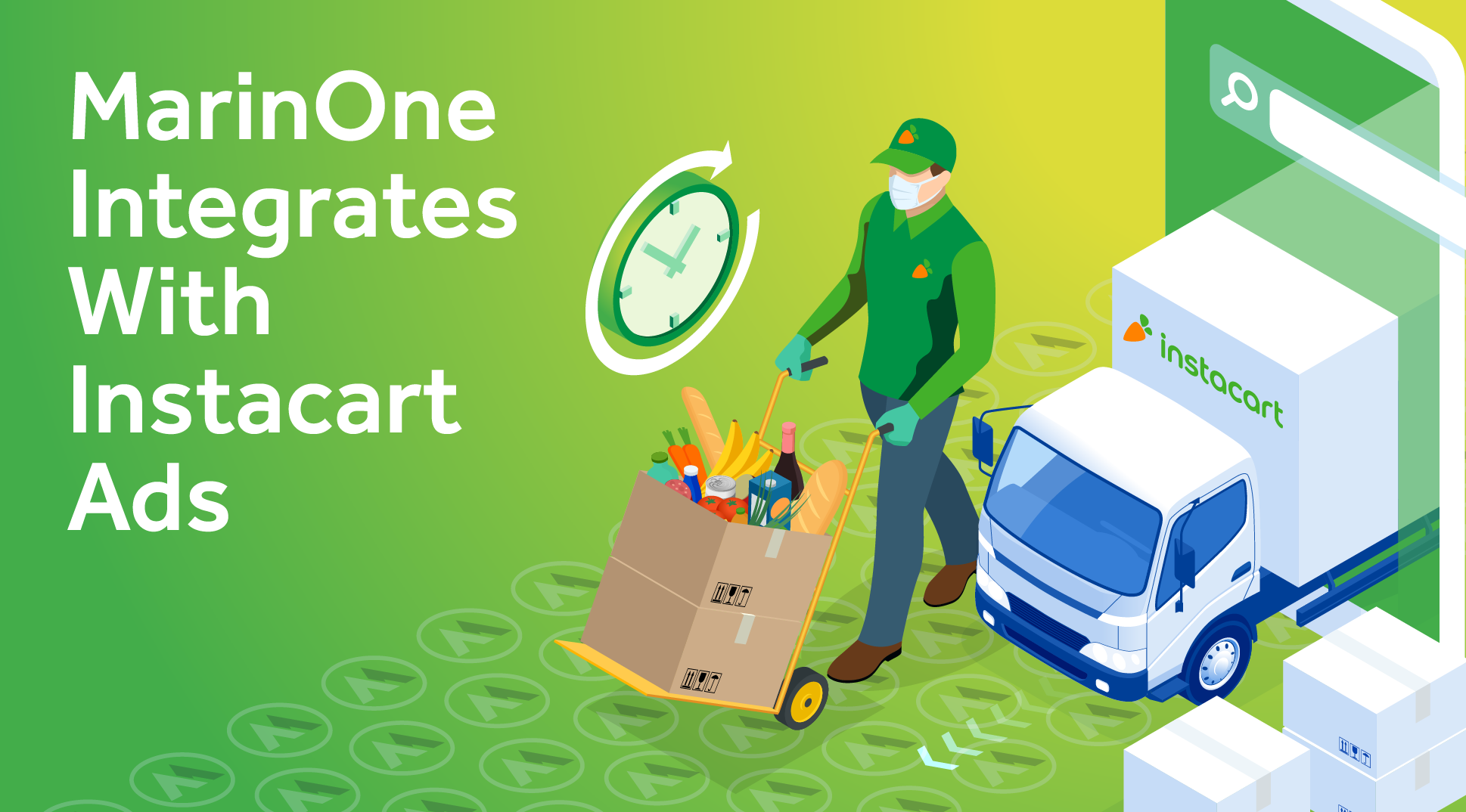