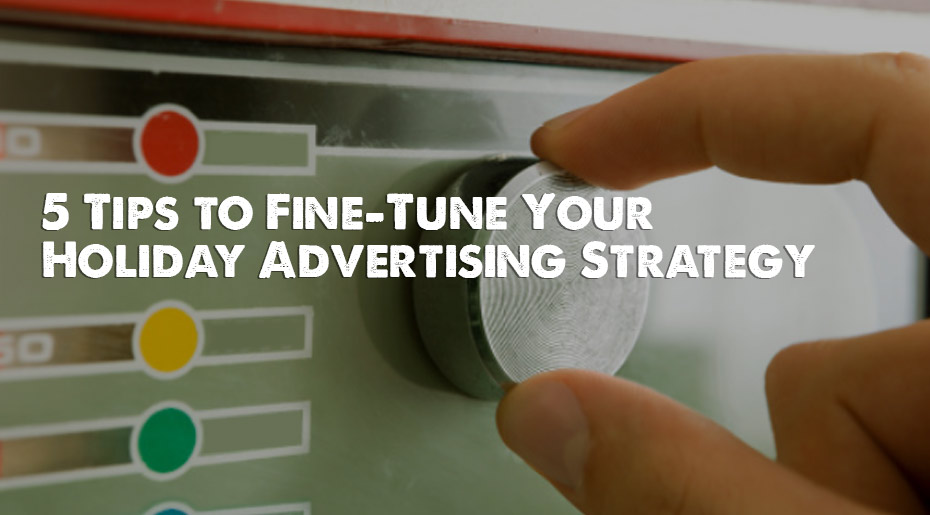 We recently published our 2016 Cross-Channel Marketing Report, which looked at the current state of shopping ads, and examined advertiser and consumer behavior over the past year. Now, with the shopping season even closer, advertisers are quickly making sure their budgets and ad campaigns are ready and flawless.

Based on the data, what are our top tips for retailers looking to get the most value out of their digital advertising campaigns this holiday season? Read on.

1. Plan and time large increases in budget to account for holiday spikes.

We predict that 40% of all shopping ad dollars will be on a mobile device. Similarly, around 37% of search clicks will be on a shopping ad on either Bing or Google. Be sure to budget ad campaigns accordingly to match up with consumer attention during critical holiday spikes.

Research shows that spend peaks in November, with overall ad spend reaching almost 90% above what it was in January. Smartphone behavior was the most pronounced—smartphone ad spend spiked to almost 400% above baseline in November when compared to the year’s beginning.

Smartphones now make up the majority of clicks and spend for all shopping ads. With 55% of all shopping ad clicks originating on a smartphone, the importance of properly optimizing ad spend can’t be overstated.

Research shows that shoppers are utilizing mobile devices in-store more than ever, to conduct product research and price-shop. Being able to capture this audience while they’re in the middle of a purchase decision may be crucial this holiday season to ensure an offline conversion.

While Google remains the largest search publisher for shopping campaigns, Bing is no slouch, either. Adoption of Bing Shopping Campaigns (BSC) has been accelerating and Marin has seen over 20% of clients on Google Shopping already using BSC. While Google Shopping has more viewership and use, BSCs are competitive in price and performance, and may be a good option for some retailers.

Shopping ad spend has been taking up a larger portion of retailer ad spend every year, reaching almost 30% of all search ad dollars this year. However, this doesn’t mean this is the only ad format retailers should consider.

Expanded Text Ads (ETAs) are a relatively new ad format that have seen strong early returns for many advertisers. Early data has shown an almost 300% ROAS for ETAs, meaning they’re highly competitive with both conventional search ads and shopping ads.

While social networks have always been a highly mobile device oriented channel, this is especially true for retail. Almost 95% of clicks on retail ads on social are on a mobile device, and mobile also accounts for 90% of all social spend for retail advertisers. Research shows that consumers interact differently with social ads than they do with search. Rather than research, social ads are better used for awareness and to start conversations with target audiences.

Each holiday season has been bigger than the last, and the trend is positioned to continue this year. Retailers have more choices than ever when it comes to ad campaigns. However, with this increased choice comes increased difficulty, as effectively managing spend across multiple devices and channels isn’t easy. A little planning, knowledge, and foresight will go a long way.

Campaign Management
Google
Retail
Mobile
Subscribe
Sign Up and Get Updates by Email
Thank you! Your submission has been received!
Oops! Something went wrong while submitting the form.