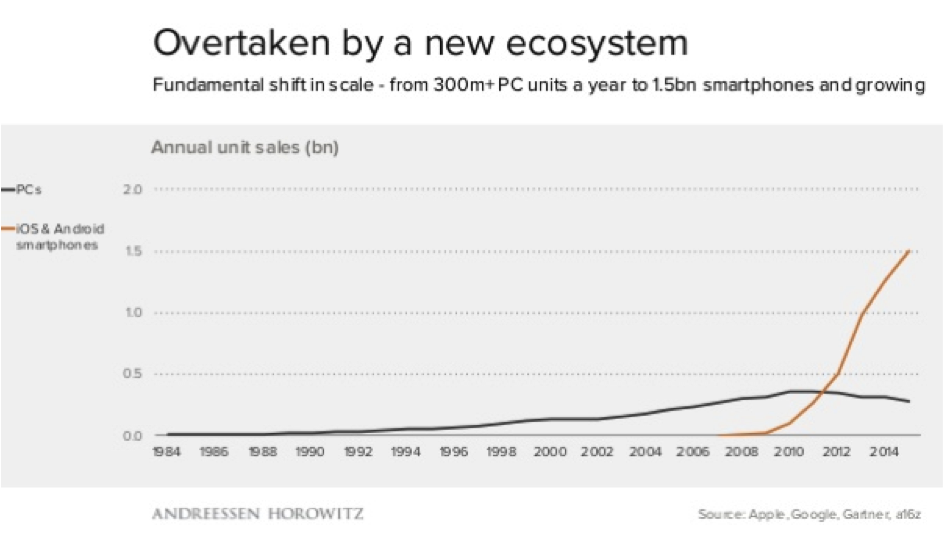 Google’s New Ad Layout: Where Are We Now?

A few months ago, Google veered course from how it’s historically served desktop ads. Right-hand ads were removed, while a fourth ad slot was added above the organic search results. This change aligned mobile and desktop search results, and is regarded as Google’s acknowledgement that mobile search — not desktop — is key to the company’s continued growth and success.

"When Larry and Sergey founded Google in 1998, there were about 300 million people online. By and large, they were sitting in a chair, logging on to a desktop machine, typing searches on a big keyboard connected to a big, bulky monitor. Today, that number is around 3 billion people, many of them searching for information on tiny devices they carry with them wherever they go.

In many ways, the founding mission of Google back in ’98 — 'to organize the world’s information and make it universally accessible and useful' — is even truer and more important to tackle today, in a world where people look to their devices to help organize their day, get them from one place to another, and keep in touch. The mobile phone really has become the remote control for our daily lives, and we’re communicating, consuming, educating, and entertaining ourselves, on our phones, in ways unimaginable just a few years ago."

For a visual representation of this shift, Andressen Horowitz put together this great chart:

When news of Google’s ad format change broke in mid-February, we offered our first reactions in a post titled, “Google’s New Ad Layout: Pros, Cons, Ins, Outs.” Our hypothesis used basic economic principles to argue that with tightened supply and constant demand, the average CPC could increase for some advertisers.

Secondly, we predicted that with fewer distractions (e.g., right-hand rail ads), advertisers with a strong product-market fit —typically in positions 1 through 3 —would have an easier time connecting with current and future customers.

What Does the Data Say About Google’s Ad Layout?

Now that some time has passed, we decided to take a look at our dataset — the Marin Global Online Advertising Index — to confirm or reject our early predictions. For this blog post, we compared performance immediately before, and immediately after, the changes went into effect.

The results were interesting. We’ll start by laying out the findings and then provide some closing thoughts.

Positions 1-3 saw little change in competition, as CPCs on these top positions declined marginally for the period. The slight dip in CPCs may be attributable to the increase in consumer propensity to click on these top positions without the distraction of ads on the right rail. This is consistent with our prediction that fewer distractions would yield better brand engagement.

Meanwhile, click-through rates (CTR) for positions 1 and 2 were largely flat, while CTR for 3 and 4 increased by +10% and +13%, respectively. Movements in positions 5 and 6 were particularly noteworthy. Position 5 had significant increases in CTR +10% and CPC +6%, while position 6 had material declines in CTR -20%, yet CPC increased marginally.

An Analysis of Our Predictions

So, how did our predictions stack up?

We were delighted to see economic theory in action (and our hypothesis confirmed) with observed CPCs increasing on tightened supply, and the revised layout of prime real estate favoring established brands.

In this new frontier, positions 4 to 5 appear to be the proving ground for new market entrants. Our secondary hypothesis — that less distraction would increase advertisers’ ability to connect with their (potential) customers — played out by the significantly higher engagement rate on top ad slots.

Other useful takeaways from this analysis pertain to advertisers fighting for position in the lower ad slots. In particular, position 6 appears to be a questionable strategy given the significantly lower engagement rate, while position 4 and position 5 are clearly the most competitive positions for advertisers who don’t have the quality score or brand recognition to lock in the top positions.

These results provide a teaser of things to come. As mentioned, we’re looking at two small datasets to give you a quick pulse on the immediate before and after results. Check back for future follow-up posts, as we dig deeper into the Marin Software Online Advertising Index to understand the more nuanced effects of Google’s ad format change on particular industries and geographies.

Analytics
Optimization
Google
Keywords
Product Listing Ads
Subscribe
Sign Up and Get Updates by Email
Thank you! Your submission has been received!
Oops! Something went wrong while submitting the form.
Featured Posts