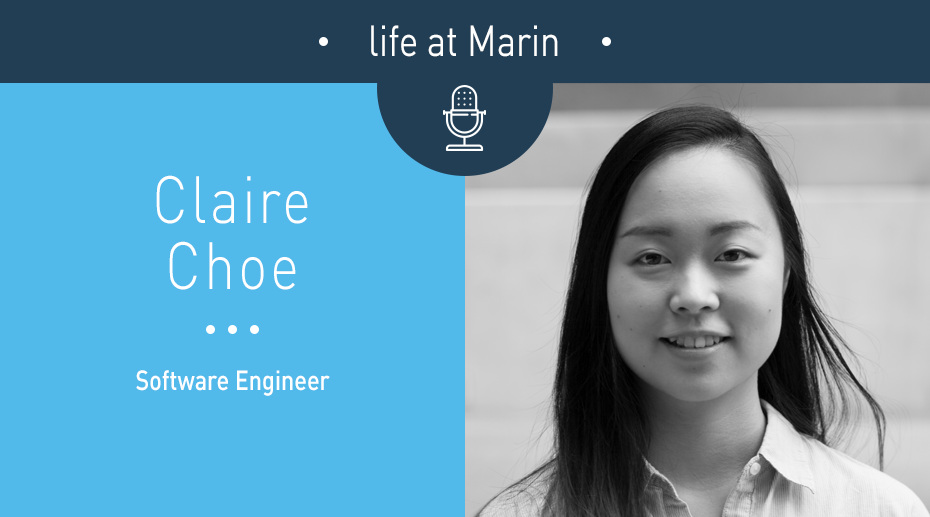 The people at Marin are as unique as the work we do. Our Life at Marin series highlights the expertise, passions, and backgrounds of our fellow Marinites.

What do you currently do at Marin Software? Were there other roles that you previously held here?

I’m a software engineer in the Publisher Framework team. I usually work on projects related to ad URLs, and also on projects responsible for syncing data between Marin and publisher databases such as AdWords.

A few years ago, I was an engineering intern on Marin’s Solution Engineering team, implementing custom revenue solutions for large clients.

What motivated you to join Marin Software?

When I first joined Marin, it was through my school’s yearlong internship program. I think Marin was the only California-based company that year (although they have many more now). I was interested in working abroad, although I had no intention of working abroad after graduation at the time.

The information session gave me a brief overview of the ad tech industry, which I found intriguing. I had such a great year, I decided to come back full-time after graduation. My coworkers were (and still are) professional, smart, and fun, and I was already missing them when I went back to school. It’s great to be back.

What is it about your team that you are most proud of?

I love that my team is very helpful with each other. Being on a large team with many projects, things can get quite overwhelming. However, whenever such things happen, people are willing to jump in and help out. It can be as simple as walking through projects with a demonstration of how it works, but this speeds up the overall work tremendously.

What was your former professional life?

If internship counts as professional life, I did a co-op in a children’s hospital research center in Toronto during college. I helped analyze DNA sequences and protein binding sites.

What are your interests/hobbies?

I’ve been running a lot lately. Marin’s San Francisco office is located near the Ferry Building, and running south along Embarcadero towards AT&T Park is amazing. I sometimes stop in the middle of the run to take a picture of the sunset, or simply the great view of the water and the Bay Bridge. I also do a lot of crochet.

What are you reading now?

Les Misérables by Victor Hugo, which I’ve been reading for a while. I don’t think I’ll finish any time soon since it’s so long and descriptive. I already know the whole plot since I read a shorter version as a child and watched the movie, but I think it’s still worth the time to read a great classic. I’ve also been listening to the audiobook version of The Art of Racing in the Rain by Garth Stein.

If you could invent or improve on one thing, what would that be? Why?

One thing that comes to mind is an iPhone 7 with an earphone jack. I often charge my phone and listen to music on it at the same time, so its absence was definitely a deal-breaker. I actually don’t need a new phone at the moment, so I wasn’t that disappointed with the announcement, but it seems that a lot of people would appreciate one with an earphone jack.