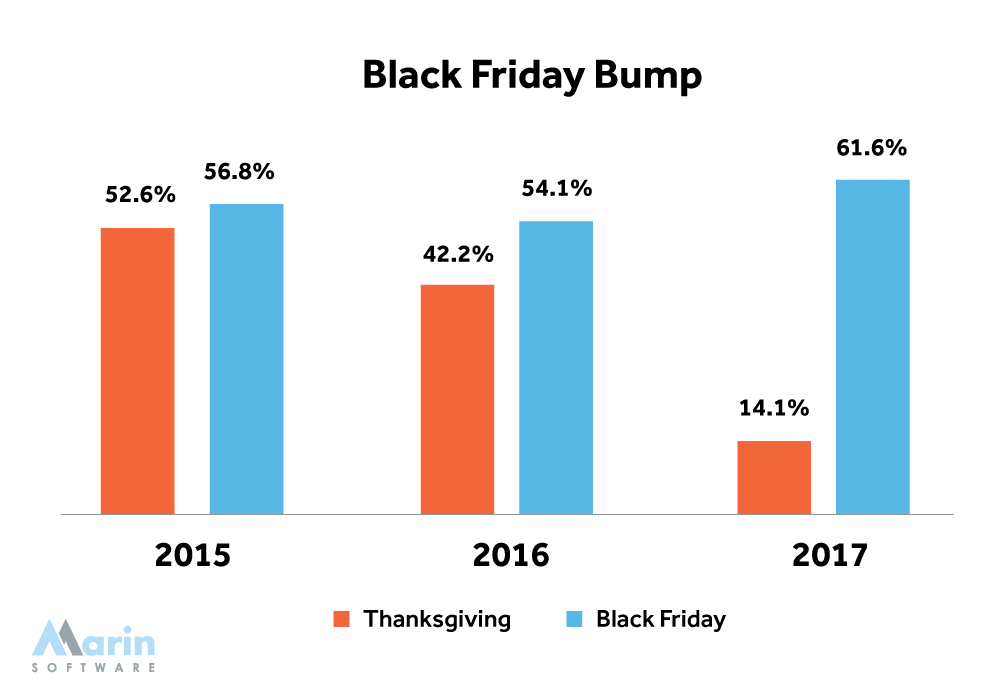 Black Friday is the day that reminds us how much people like to rub elbows in physical stores in search of a great deal. While there has always been an impact on online campaigns on Black Friday, our initial analysis shows that consumer behavior continues to shift online, and perhaps to spending a little more time with family.

For our group of US advertisers, we saw a 62% bump in spend relative to the average spend for the rest of November. This was 11% higher than we observed in 2015 and 2016. Are more consumers looking for deals online instead of heading to the stores? The rise in spend was a result of increased volume and higher click-through rates, which increased from 2.2% to 2.8%.

The other interesting observation was that Thanksgiving was slower than in previous years, continuing a pattern we saw last year. Spend was only up 14%, a significant change from 2015 where the bump was 53%. Are people more focused on their families on Thanksgiving or just heading out to the stores earlier for the pre-Black Friday deals?

Stay tuned for updates on Cyber Monday and the rest of the holiday season.

Analytics
Retail
Trends
Subscribe
Sign Up and Get Updates by Email
Thank you! Your submission has been received!
Oops! Something went wrong while submitting the form.
Featured Posts