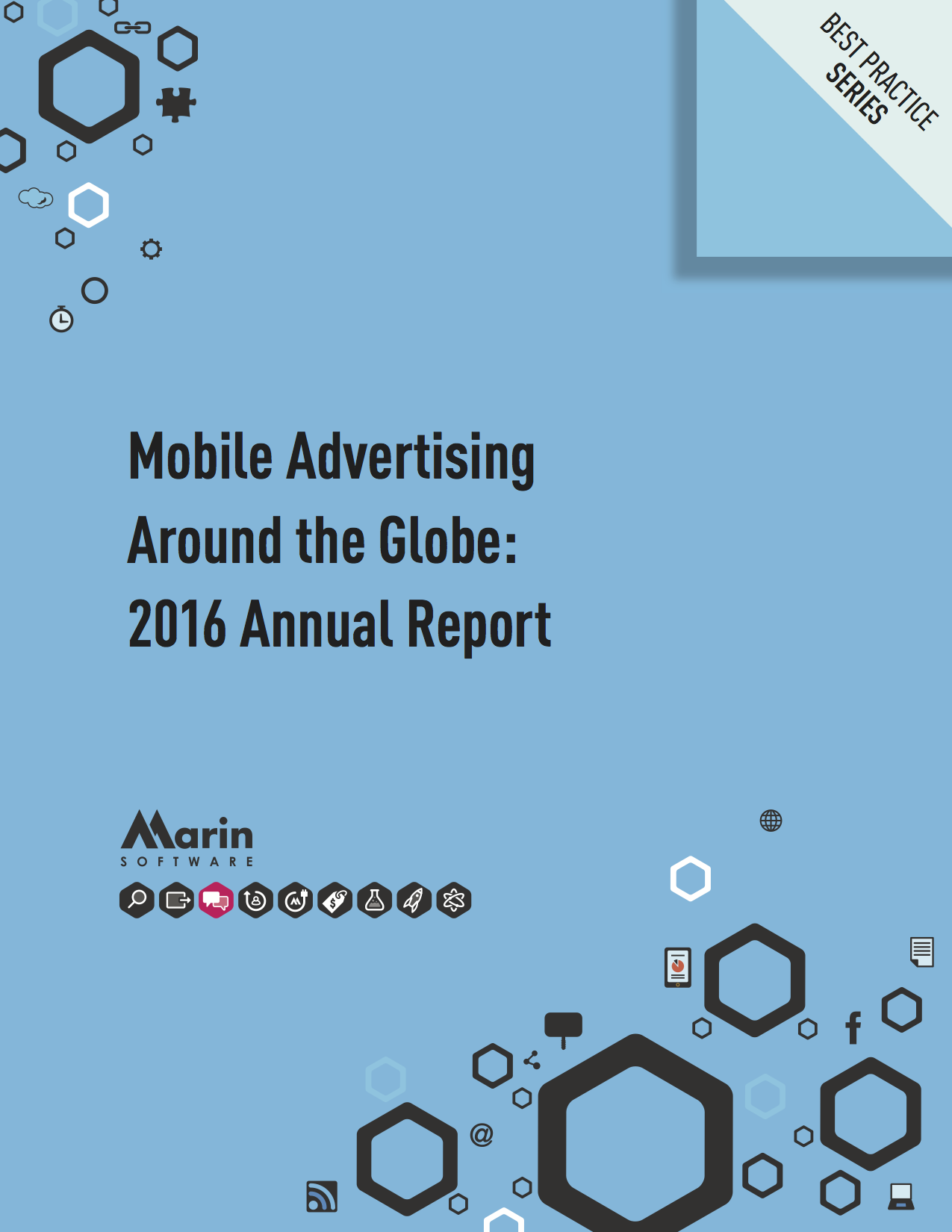 Digital Advertising in 2015 - Mobile Is Crushing It

Continuing its ascent into the status of omnipresent being, global smartphone adoption reached an all-time high last year and shows no signs of slowing down. Thanks to this rapid expansion of smartphone usage around the world, advertisers now have an opportunity to reach consumers even more easily.

We sampled the Marin Global Online Advertising Index, composed of advertisers who invest more than $7 billion in annualized ad spend on the Marin platform, to analyze data from around the world to create our latest annual benchmark report.

For detailed information on 2015 search, social, and display mobile performance – including detailed data charts with YoY performance and further recommendations for 2016 – download our Mobile Advertising Around the Globe: 2016 Annual Report.