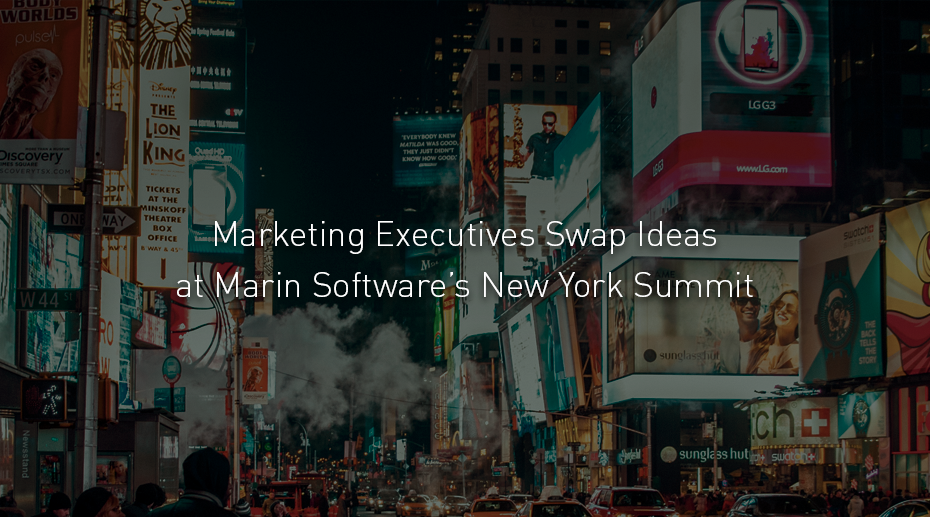 On Thursday, April 28th, we held our first ever Executive Summit in New York City at The Standard Hotel.

The afternoon's talks were sponsored by Marin Software partner Yahoo and led by Marin Software's CEO, David A. Yovanno. We had a great roster of Marin presenters, who walked through our roadmap and shared their thoughts about the future of digital advertising.

We were also lucky to have Daina Middleton, the former Head of Global Business Marketing at Twitter and former CEO of Performics, and Sonia Carreno, the President of IAB Canada, as speakers.

Daina spoke about the Power of Prediction in today’s fast-moving marketing landscape. Sonia reviewed the current state of the nation in media usage, outlined major industry issues, and explained steps being taken to remove obstacles to growth.

The day’s presentations were rounded out by a fabulous wine and cheese tasting in the afternoon, guided by The Standard’s leading sommelier (you can catch him and his bowtie in the story below).

"Only .06% of things that could be connected to internet currently are."

The "Good, The Bad and the Necessary", including ad blocking, delivered by @passageC @MarinSoftware Exec Summit NYC pic.twitter.com/MwB2vqz2ZQ

Marin Software
Partners
Subscribe
Sign Up and Get Updates by Email
Thank you! Your submission has been received!
Oops! Something went wrong while submitting the form.
Featured Posts