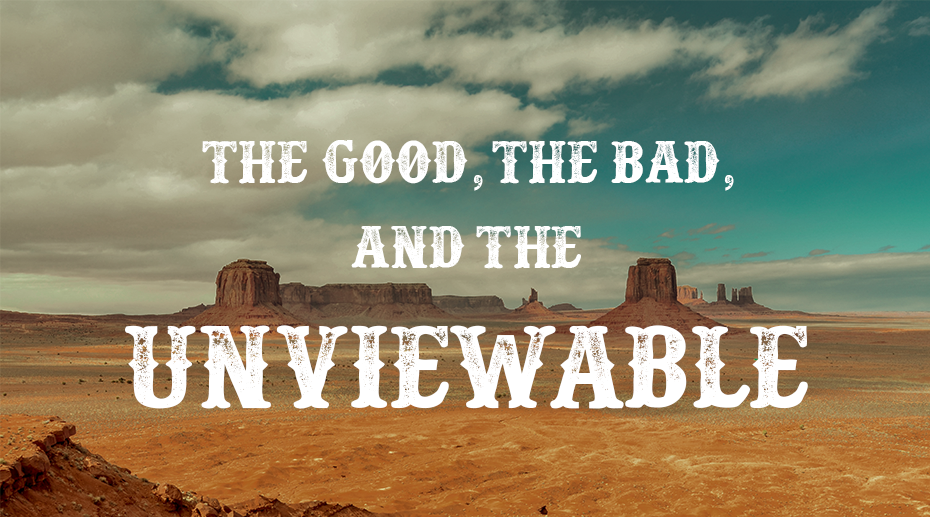 The Good, the Bad, and the Unviewable—The State of Ad Viewability

Digital advertisers are worried about ad viewability. How worried are they? According to a survey that Mixpo conducted this year, 69% of them are “extremely concerned” or “very concerned.” That’s the bad.

As we mentioned in our post on programmatic buying transparency, the environmental transparency of an ad is as important as the campaign’s message or who’s being targeted. By “environmental,” we mean viewability, ad fraud, and brand safety.

We also stated that there’s no consensus on how viewability is even defined or how to determine the tradeoffs between measurement, accuracy, and associated costs.

Still, the debate continues. As viewability becomes a greater concern for digital advertisers and vital to the success of their campaigns, solutions and standards continue to be defined and refined. In this article, we look at guidelines, outline what to consider, and recommend a few tips for ensuring your ads are viewable.

Current Verdicts: What Determines if an Ad is “Viewable”?

The Media Rating Council (MRC) and Interactive Advertising Bureau (IAB) basically define viewability as who sees your ad, how much was seen, how long they saw it, and where the ad showed up. Further, the IAB states that viewability “is not about ad effectiveness nor ad engagement. It is simply the delivery of ads that render on the screen. In other words, the opportunity to be seen.”

What does that mean?

Specifically (according to MRC and IAB guidelines), a display ad is viewable if 50% or more of its pixels appear on-screen for at least one continuous second. On the other hand, GroupM believes 100% of pixels need to be in view for at least one second. Like GroupM, other large holding companies also have their own standards.

The reasons for these discrepancies often lie in creative technologies. For instance, moving from Flash to HTML5 can slow down page loads, making verification pixels time out, which can then prevent accurate measurement. And, according to the MRC, bandwidth and network speeds make load times even worse for mobile ads.

The various viewability definitions are a way to get around these speed bumps, allowing for a departure point to effectively measure viewable versus unviewable ads. Meaning, there are standards, but they depend on the governing body or other constituents determining the guidelines.

What About Brand Safety?

Once again, the IAB and its standards can help. Its Content Taxonomy identifies when companies are brand-safe based on a two-tier system:

Third-party certification providers offer a list of DSPs that filter bought inventory according to IAB’s taxonomy. In this way, programmatic guidelines and technologies can be established, automated to safeguard against risky ads and hazardous placements.

The Difference Between Viewability and Fraud

Remember there’s a difference between viewability and fraud. Integral Ad Science (IAS) defines ad fraud as “the deliberate practice of attempting to serve ads that have no potential to be viewed by a human user.” However, a positive trend that IAS reported reveals that overall programmatic ad fraud dipped by 20.9% between Q4 2015 and Q1 2016. Still, the U.S. has the worst rate of ad fraud when compared to Australia, France, Germany, and the U.K., the countries the IAS profiled.

This is part of why digital marketers in the U.S. are so worried.

Something to note, however, is that the same study showed that viewability is actually up, presumably because publishers and other players in the industry increasingly have stopped getting paid for inventory that’s fraudulent—so they’re more motivated to increase viewability and reduce fraud. An article in the Journal of Advertising Research, however, states that global advertisers are expected to waste roughly seven billion dollars in 2016 on unviewable ads. Whether the forecast is sunny or gloomy, all sides are working harder to reduce fraud and increase viewability.

Why is there as much fraud as there is? In a word—bots. Specifically, bots that mask as a user and click fraudulent ads, making it seem like your website’s getting more clicks and click-throughs than it actually is.

Marketers are right to be concerned. They must continue to be vigilant about and aware of both unviewable ads and bots’ calculated attempts to muddy the ad pool. To make matters (and your measurement efforts) worse, bots don’t use ad blocking software like humans do. So, if you’re trying to measure campaign effectiveness through the average ad blocking rate and optimize accordingly, you have your work cut out for you.

Why Is Viewability So Important, Anyway?

It’s obvious that you’d like people to actually see your ads. And, you’re no doubt interested in measuring the effectiveness of these ads and adjusting as needed.

A third angle to take into account—many new vendors are trying to monetize viewability, assigning costs to only those impressions that are viewable. Here, however, there’s a tradeoff between the page actually loading, the time it takes, and how these measurements will or should affect cost.

For brand awareness and to know your true cost of doing business, viewability is essential. As we mentioned in our post on the programmatic supply chain, if your impressions aren’t viewable, you should get a credit toward them. We’ll add here—if your impressions aren’t viewable, not only did a tree fall in the forest and no one heard it, no one has any idea what the tree looks like. So much for lifting your brand awareness.

Who Measures Viewability, and How?

First off, as far as measurement goes, who should bear the burden of proof? Publishers, vendors, and agencies are working together to measure and combat viewability issues. Each of these entities, however, has a unique motivation for ensuring viewability is maintained and measured:

As mentioned earlier, there are issues gleaning accurate viewability metrics—such as latency and the creative technologies that cause it. Third-party measurement vendors can also be problematic, since they use tracking pixels that can, ironically, result in longer page loads and add to the murkiness of precise measurement.

The answer lies in adopting standards to level the playing field. In its Primer for Publishers on Improving Ad Viewability, IAB recommends that publishers establish performance benchmarks, and have a remediation plan in place to determine what happens should an ad placement miss the benchmark by more than 10%.

The landscape’s not perfect, but the outlook’s positive. That’s the good.

The Cost of Being Seen

What factors go into determining the cost of viewability? Viewability tracking, brand safety tracking, and brand lift studies are paid by either side in an effort to run cleaner campaigns. Ad verification and brand safety tools also come with a cost, and have their own issues, but they go a long way in creating environmental transparency. These all play a role in ensuring ads get seen, but marketers must determine how these weigh against their budget and how much are overkill.

What about the costs of the future? Will all ad formats be bought on a viewable impression basis, i.e., vCPM? Time will tell.

Tips for Making Sure Your Ads are Viewable

Now that we’ve gone over definitions, standards, and budgeting considerations, here are best practices you can use to combat viewability issues and maximize the likelihood of your ads getting seen:

Better Ad Viewability Is on the Horizon

If the virtual nail-biting is any indication, viewability will continue to occupy its high-anxiety, top-of-mind position until the major issues get smoothed over. Take heed, though, that help is not only on the way—the conversation has expanded to video and audio. In the long run, continued standardization will result in better guidelines and (more) common practices.

In the meantime, remember the tradeoffs between viewability, practicality, and the costs of measurement. Do what’s appropriate for your business and budget, with the understanding that better days await you.

Creatives
Display
Retargeting
Subscribe
Sign Up and Get Updates by Email
Thank you! Your submission has been received!
Oops! Something went wrong while submitting the form.